The Prime minister of the Transition, Head of Government 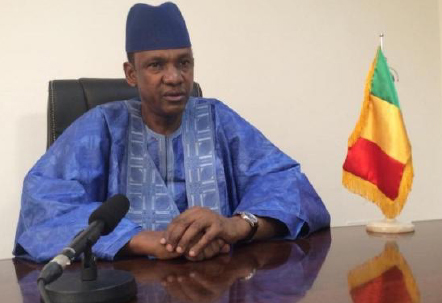 H.E.M. CHOGUEL KOKALLA MAÏGA, PRIME MINISTER OF THE TRANSITION, HEAD OF THE GOVERNMENT

Mr. Maïga was Born in 1958 in Tabango, in the Region of Gao (North), Dr Choguel Kokalla Maïga is a telecommunications engineer by profession. Member of the National Youth Union of Mali, an association founded by the one-party regime of the late General Moussa Traoré. In February 1997, he became president of the Patriotic Movement for Renewal (MPR) party which claims to be Moussa Traoré.

In 2002, he stood for the presidential election where he won 2.73% of the vote in the first round. In view of the 2002 legislative elections, he joined forces with the Rassemblement pour le Mali (RPM) led by Ibrahim Boubacar Keïta and the National Congress of Democratic Initiative (CNID) in the Hope 2002 coalition.

Choguel Kokalla Maïga will be appointed Minister of Industry and Trade in the government of Ahmed Mohamed Ag Hamani from October 16, 2002 to April 28, 2004. He will continue his government career in the team of Ousmane Issoufi Maïga from May 2, 2004 to September 27, 2007.

After supporting the candidacy of President Amadou Toumani Touré (ATT) for his re-election in 2007, he will be appointed director of the Malian Telecommunications / ICT and Postal Regulatory Authority (AMRTP), in January 2008. From January 2015 to July 2016, he made his return to government as Minister of the Digital Economy, Information and Communication (government spokesperson), before his ouster following a reshuffle.

On July 10, 2020, the Mouvement du 5 Juin-Rassemblement des forces patriotiques (M5-RFP) of which he is one of the leaders, organized demonstrations throughout Mali to demand the resignation of President Ibrahim Boubacar Keïta. Because of his commitment and leadership, he imposed himself as head of the M5-RFP Strategic Committee.

HE Colonel Assimi Goïta, President of the Transition, Head of State appointed on 7th June 2021 H.E.M. CHOGUEL KOKALLA MAÏGA as Prime ministor, Head of the Government.