The Vice President of The Republic of Mali 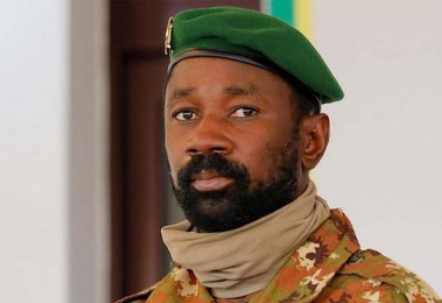 Mr. Assimi Goïta (born 1983) is a Malian soldier and statesman. He has been President of the National Committee for the Salvation of the People since August 19, 2020 and Head of State of Mali from August 24 to September 25, 2020. He has been Vice-President of the Transition since September 25, 2020, following the events of August 18, 2020 leading to the resignation of President Ibrahim Boubacar KEITA.

Mr. Assimi GOÏTA was born in 1983. Son of an officer of the Malian Armed Forces, he was trained in the military academies of Mali and notably attends the military Prytanee of Kati and the Combined Military School of Koulikoro. He directs the Malian Special Forces in the center of the country with the rank of Colonel. He was thus confronted with the jihadist insurgency in Mali.

Colonel Assimi GOITA has chosen to serve in the Army, Armored Weapons and Cavalry Specialty. Upon leaving Officer School, Colonel GOITA was assigned to the 134th Reconnaissance Squadron in Gao in 2002.

●
From 2005 to 2008: Deputy Commander of the 123rd Reconnaissance Squadron in Kidal.
●
From 2008 to 2010: He commands the N03 tactical subgroup as part of the fight against armed groups and drug traffickers at the Mali-Algeria border.
●
From 2011 to 2013: He commanded the 2nd Support Company then the 37th Transport Regiment.
●
After several assignments and operations in the far north of Mali (Gao, Kidal; Menaka, Tessalit, Timbuktu), he decided to volunteer to serve in the Special Forces in 2014. Then, he was certified in Military Education. higher N01 in 2014.
●
From 2014 to 2015: Colonel GOITA held several positions (Staff Officers at the Joint Operational Center of the General Staff of the Armed Forces; Head of the Operations Division of the Land Staff).
●
In November 2015, Colonel Assimi GOITA was seconded as Special Operations Coordinator of the Ministry of Defense to the Ministry of Security in 2015 following the terrorist attack on the Radisson Blu Hotel.
●
From 2016 to 2017: He commands the Operational Unit of the Autonomous Special Forces Battalion deployed in Sofara.
●
Since July 2018: He has been in charge of the Autonomous Battalion of Special Forces and Warfare Centers. He has been engaged in several outings in operation in the north and in central Mali and in external operations in Darfur.

He also has to his credit, the application course in France at the Train School, the Captain's course in Germany in 2008 and the Staff School in Gabon in 2015, the special operations course of Combating Terrorism in Garmisch, Germany, the Special Operations Forces course in Tampa, Florida (USA).

The National Committee for the Salvation of the People (CNSP) is a politico-military institution set up on August 19, 2020 in Mali, by soldiers who participated in the events of August 18, 2020 which resulted in the resignation of the President of the Republic, Mr. Ibrahim Boubacar Keïta. The Colonel of the Malian Armed Forces, Assimi GOÏTA was thus entrusted by his peers with the presidency of the CNSP.